Energetic synergy between the different parts is constructed by means of ten degrees which you gain access to after learning certain techniques and achieving the right levels of awareness. In the Eish Shaok tradition these aren’t considered activations of channel openings to pass to the next level. The external change comes only when the inner person is mature enough.

As in all ancient spiritual paths, the degrees guarantee that those who have more experience start teaching at the right time, helping and advising those who started later.

The ten degrees, from the lowest to the highest are

The Student is at the beginning of the journey and, in the first lessons and months, learns how to move and feel their own energy and internal system (chakras and meridians). They also learn about the energies of the outside world and the natural elements. The second and third degrees of Novice and Custodian work on the themes of centering (the relationship between emotions and thoughts), the connection with the world and its energies and other important basic topics which are all studied in more depth. With the fourth degree, Font, the study of the basics of Eish Shaok comes to an end and you are ready to teach what you’ve learnt so far to small groups.

With the acquisition of fifth degree, Mask, you start working not only with the techniques already studied but also with those related to the shift of the centre of consciousness. You become aware of an identification with your human aspect, which is only the tip of the iceberg of the self (in other words, the mask).

The maturity developed in the fifth grade leads to a decision to start a new, even deeper type of self-

discovery; and thanks to that process the sixth degree, Initiate, is obtained. This is when you start working with astral travel and often with past lives too.

The seventh grade, Protector, studies the last part of the second section of the programme, going back over everything he has learned from the beginning of the course. This study of the various techniques is even more specific and the work-load designed to be deeply internal and organic.

You begin work on the deepest part of yourself, your soul, in the 8th degree, Guide. This degree represents a major turning point in which you become a reference point for the lower levels, guiding them and showing them the way to self-understanding.

The penultimate level, Sheis, is reached at the end of the Eish Shaok programme. The Sheis, whose name means brother, has the job of helping the Master and taking his place when he can’t teach a lesson. The Sheis differs from the Master in his lack of teaching experience and that he still needs to learn from him about the dynamics and growth of the students, as well as the processes of inflation and deflation of the ego.

When he’s successfully acquired this knowledge and after a long observation period of classes and exams, the Sheis ends his apprenticeship and gains the final degree, that of the Master, by giving a lesson in the presence of all the Masters of Eish Shaok.

The tenth degree, Haidehoi, can teach the course to new students and to choose when and how they pass to the next level. The Master also has the task of embodying the principles and values of Eish Shaok, ensuring the growth of those who practice it and spreading its teachings during his life. 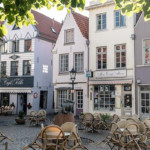 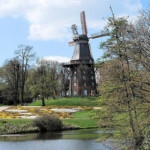 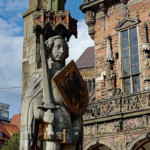 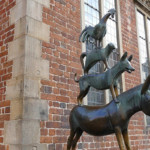 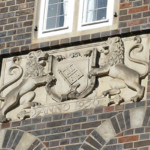